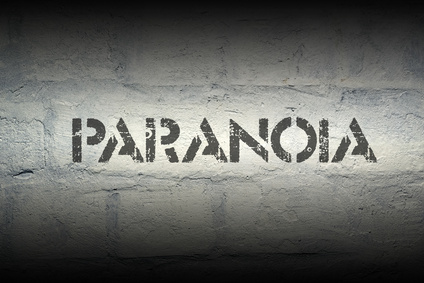 What Should Be Known About It.

There are many disorders and conditions that can affect someone, but few are as mysterious, as well as devastating, as a paranoid disorder. Currently, paranoid disorders are split into two main categories, which are titled as “paranoid personality disorder” and “paranoia schizophrenia.” These categories differ and compare in a variety of ways, but the personality paranoid disorder is usually the one most commonly diagnosed in people today. Although the two can be similar in the most extremist of cases, paranoia and phobias are different, and should not be thought of being related in any context. Understanding what a paranoid disorder is, as well as the treatments available for it now, can go great lengths when understanding the mysteries associated with the disorder.

What Is A Paranoid Disorder?

In short, a paranoid disorder is a condition that forces its victims to believe there is hostility against them, meaning any event that would be seen by the average person as a coincidence or natural occurrence; a paranoid patient would find the event to of happened as a result to “get them”. Due to limited permitted research, paranoid disorders have little information known about them, however most researchers compare it to extreme bouts of anxiety and fear. While the information available is limited, researchers have been able to isolate the descriptions and details of the disorder, and have successfully figured out treatments and causes of paranoid disorders.

Paranoid disorders can be very challenging and heartbreaking to deal with, so the fact that scientists and researchers have found out the causes and treatments for paranoid disorders, makes it a little easier to deal with. According to Webmd.com, there isn't an exact cause linked to paranoid disorders, however research tends to point to factors that are genetically inherited. It has been suggested that childhood upbringing plays a role in Personality Paranoid Disorder, or PDD, that may affect someone who is constantly sad or depressed as a child. Schizophrenia and Paranoid disorders have a close link established, making the two types of paranoid disorders as PPD, and paranoid schizophrenia, close in description, but not equal in details.

In treating paranoid disorders, there are several routes one can take to ensure the affected person is receiving the proper care and treatment. Unfortunately, matters usually have to be taken by sources outside the individual affected, as very rarely will one with a paranoid disorder seek help, as they usually don't see the condition as a serious issue or problem. Once help is established, and seen as a necessity, however, psychotherapy is usually the general treatment for PPD and paranoid schizophrenia. Psychotherapy is a form of counseling, and it is often seen as a very effective treatment, as well as being viable for uses with paranoid disorder cases. While this treatment can help most, constant evaluations and therapy sessions are necessary to maintain a level of normality with such cases, as failing to provide consistent aid to those experiencing a type of paranoid disorder, can usually led to more severe and permanent problems down the road. In the future, there is a possibility more information will be unlocked about the disorder, but for now, we will have to work with what we have.