What is a Human Lung? Oxygen, Organ, Respiration, Diaphragm 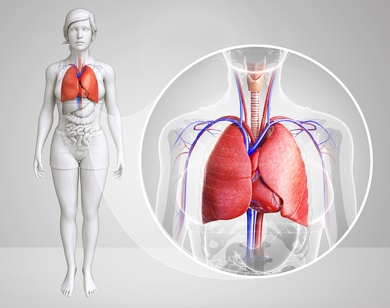 What is a Human Lung?

Have you ever tried to hold your breath for any significant period of time? If so, you will quickly realize how important lungs are in how your body functions as a whole. Human lungs are organs within the body that carry out the function of respiration. This means that the main job of the lungs is to remove oxygen from the atmosphere and allow it into the bloodstream. It is then ejected back out into the atmosphere again.

How Do They Work?

Lungs Do More Than You Think

The entire function of human lungs is not solely to provide the body with oxygen-rich blood. This may be the main function and priority, but the human lungs do so much more within the body. Lungs actually act as a protective cushion for the heart. This is due to the fact that they almost completely surround the heart within your body. It should also be noted that the lymph nodes that surround your lungs are responsible for filtering germs and impurities from your system.

Humans have tow lungs and the left lung is divided into two lobes. The right lung is divided into three lobes and together, these two lungs have a normal surface area that is equivalent to one side of a tennis court. Common diseases of the lungs include pneumonia, asthma, emphysema and lung cancer. These lung diseases have their own specific symptoms.